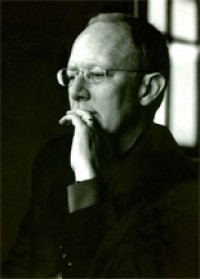 Paul Rabinow (6/21/24-4/6/21) received his B.A.(1965), M.A.(1967), and Ph.D.(1970) in anthropology from the University of Chicago. He studied at the École Pratique des Hautes Études in Paris (1965-66). He is currently Professor of Anthropology at the University of California at Berkeley where he has taught since 1978. He taught at the École des Hautes Études en Sciences Sociales in Paris (1986) as well as the École Normale Supérieure (1997). He has held fellowships from the National Endowment for the Humanities and National Science Foundation Professional Development Fellowships (for training in molecular biology). He was named STICERD Distinguished Visiting Professor- BIOS Centre for the study of Bioscience, Biomedicine, Biotechnology and Society, London School of Economics (2004). He is the author of Making time: On the Anthropology of the Contemporary; Anthropos Today: Reflections on Modern Equipment; Essays On the Anthropology of Reason; Making PCR: A Story of Biotechnology; French Modern: Norms and Forms of the Social Environment; The Foucault Reader; Michel Foucault: Beyond Structuralism and Hermeneutics (with H. Dreyfus); Reflections on Fieldwork in Morocco.

What is anthropology, Rabinow's background and its influence on his anthropological work, French anthropology, power and politics in the academy, anthropology as a science, methodology and rigor in cultural sciences, the presumption of objectivity in research, changes in educational and practices and philosophies.

Attacks on the concept of culture, anthropos and the production of human truth, ethics as practice of the self, authorization of truth-speaking, truth vs. belief vs. knowledge, inquiry of inward processes vs. outward processes, clashes of truth systems, anthropos and suffering.

Anthropology's contributions to anthropos and public knowledge, transforming logos to ethos, anthropological take on scientific vs. systemic practices, biomedical response to holistic health practices (issues of "too many truths"), what is criticism, Kant and critique.

Foucault, care for oneself and spirituality, the relationship between biopower and human rights, universalism and nominalism, society as contingent, science, universal knowledge, and theory, medicine and diagnosis, pragmatism and Dewey's theory of inquiry, media translation of theory and knowledge,cultural differences in the study of anthropology.