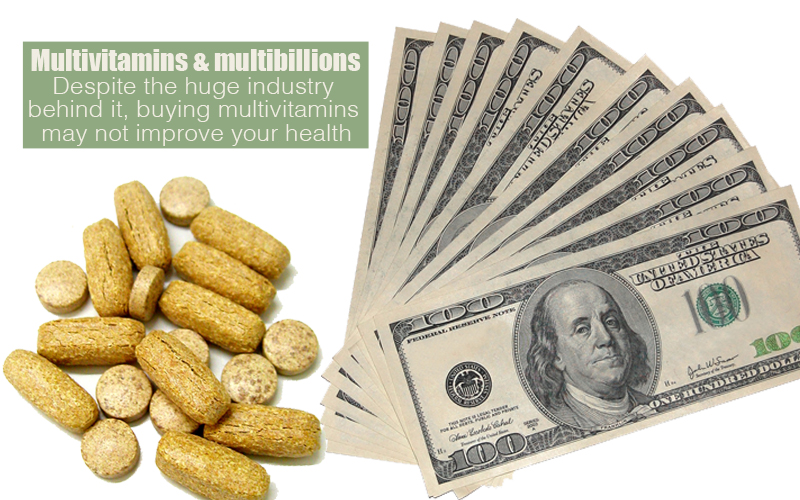 Are multivitamins a waste of money?

The multivitamin and supplement business makes an annual $12 billion dollars, and more than half of the adult population takes a multivitamin. A recent editorial, however, suggests that these purchases are a waste of money.

Though there may be an anecdotal belief that the multivitamins improve health or wellbeing, research on the subject is often inconclusive.

The editorial highlights three recent research studies, one of which suggests that multivitamins do not prevent cardiovascular disease or cancer, or prevent mortality in any way.

A second study came up with inconclusive results about the benefits of multivitamins after heart attack. The final study suggests that there was no change in cognitive functioning tests between groups who had taken either a multivitamin or a placebo for 12 years.

One critique of this research on multivitamins is that it is often conducted on relatively well and health-aware populations. Other researchers suggest that for low-income and undernourished populations, multivitamins can be “a backstop” against poor diets.

Most researchers and physicians agree, however, that despite the mixed opinions on multivitamins, exercise and a diet full of fruits and vegetables are key to overall health.