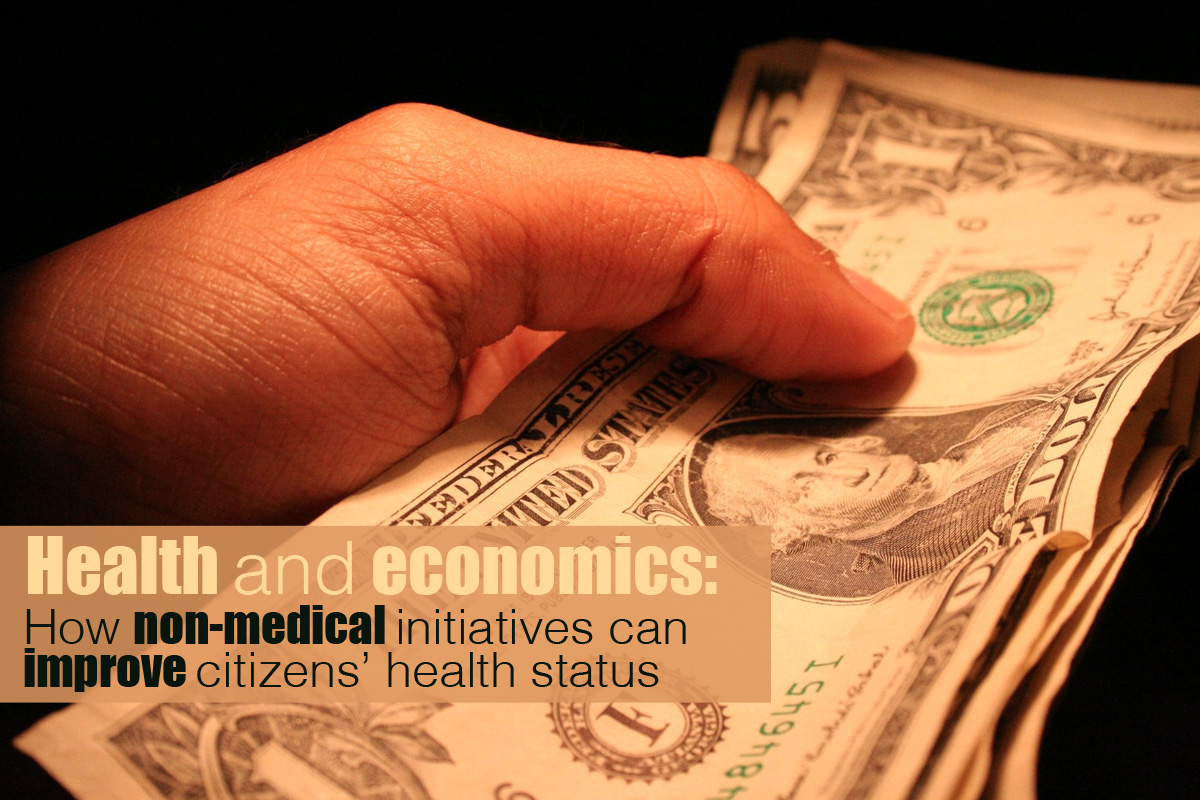 The documentary Unnatural Causes: Is Inequality Making Us Sick, produced in 2008 by California Newsreel and aired on PBS, challenges traditional beliefs about causes of health maladies and seeks to illuminate how socio-economic factors, primarily a lack of power and resources, can work to deteriorate humans’ health.

The documentary’s first section, titled “In Sickness and in Wealth” looks specifically at how inequality may be making us sick, beginning with the contextual fact that Americans often live shorter and sicker lives than citizens in other industrialized nations.

Though the film acknowledges that some 47 million Americans are without healthcare coverage, they also seek to reinforce the fact that our social conditions are written into our bodies, and that basic changes to humans’ economic status manifest within our bodies and our health status. This confirms the notion that personal responsibility for health is only one factor in shaping a person's wellness, and that health status has to be considered within the broader context of social determinism and a system where the richest 1 percent of people make more than the other 99 percent of people combined.

Using the town of Louisville, Kentucky, to illustrate how this relationship between class and health plays out, the documentary reveals that people living within less affluent areas of the district die three, five, and even 10 years sooner than residents living in richer districts. These observations within the United States mirror a recent British study that found that only 25 percent of the social gradient in mortality could be explained by unhealthy lifestyle choices (smoking, high blood pressure and cholesterol, being overweight, etc.)

The documentary attributes these inequalities to the policies (and lack of policies) that create inequalities in basic resources resulting in health issues (touching on civic issues such as business business zoning limitations, access to transportation and mixed-income housing.) In the United States, scholars have found that it’s fairly easy to predict someone’s age of death based merely on their zip code and their income level.

One of the reasons for this, the film explains, is the way we carry our social class in our bodies. When people feel a lack of control over life circumstances, their stress response gets activated. The brain perceives this as a threat and, in turn, releases stress hormones which increase heart rate and raise blood pressure. Over time, the body produces too much cortisol, which negatively affects the immune system and memory and their ability to handle insulin and glucose (putting people at an increased risk of heart disease and diabetes.) Thus, the higher a person’s income and education level, the less cortisol they release during the day.

Studies have also concluded that poverty during childhood can have lifelong consequences. If stress hormones rise for days or weeks at a time, this can negatively affect brain development and increase a person’s chance of current and future health problems. Additional, even when certain economic factors are more equal, non-white populations experience additional life stresses, which scholars hypothesize relates to their likelihood of being in perpetually “on guard” within discriminatory environments, and this changes biological markers and increases illness and disease within non-white populations.

The film states that social reforms can produce positive health outcomes, and that non-medical initiatives (including universal education, eight-hour workdays, better housing opportunities) can improve economic circumstances, reduce the economic gap between certain populations, and improve health. Countries like France, where the minimum wage is double the American rate, have found that when wealth is more equitably distributed, health is improved.