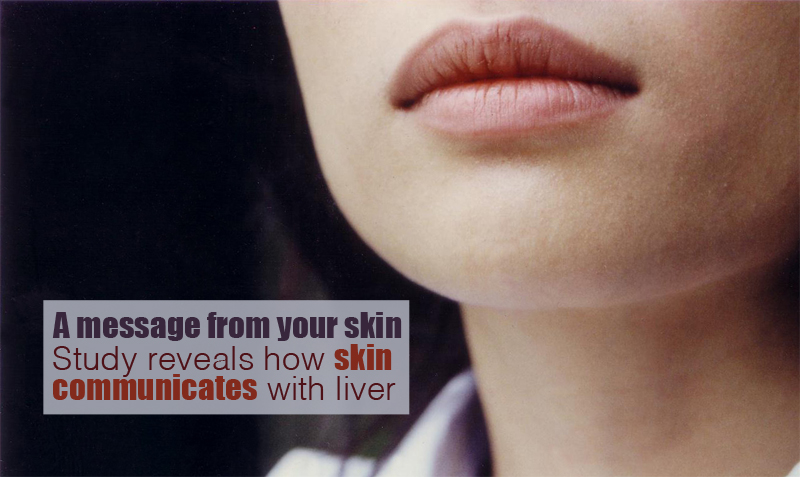 How skin communicates with the liver

In a surprising discovery, researchers in Denmark have found that the skin can communicate with the liver, a finding that has interesting implications for how skin diseases affect the rest of the body.

The study’s authors were studying something completely different when they made the discovery while observing laboratory mice that had a specific fat binding protein removed. Some of the mice in the study had a strange greasy fur, and they accumulated fat in the liver when they weaned.

The researchers then created some mice that lacked the fat binding protein only in the skin. These mice had similar difficulties with weaning and greasy fur, which suggests that the lack of the fat-binding protein in the skin alone resulted in accumulation of fat in the mice livers.

The researchers were able to make the fat accumulation disappear by applying liquid latex to the mice’s skin, suggesting that addressing the skin condition alleviated the liver condition.