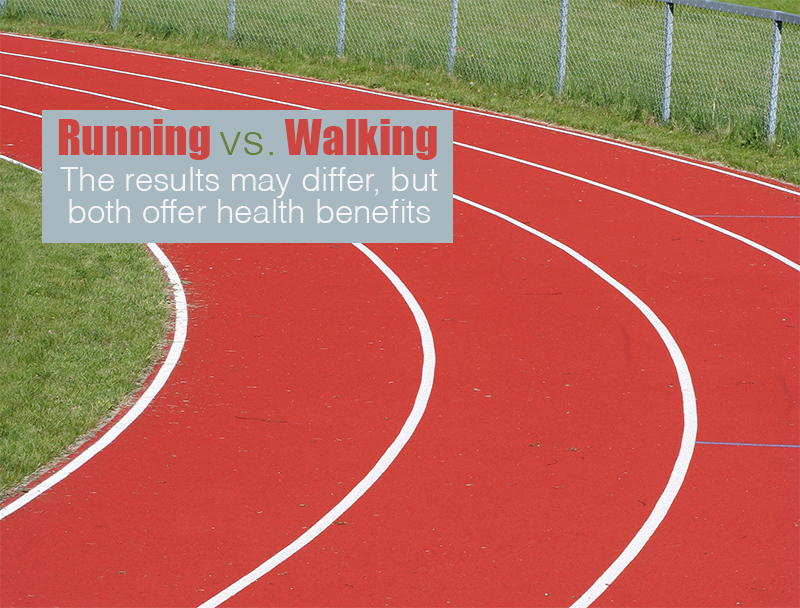 To walk or to run? Understanding the differing, but significant, health benefits of different workouts

A variety of studies have explored whether walking or running offers more health benefits, and the conclusion is that it depends on what the exerciser hopes to accomplish.

Running seems to be the clear and away winner for controlling weight, particularly among participants over the age of 55, despite the fact that these older populations were not running a lot and were not expending many more calories per week during exercise than older walkers.

For other health factors, walking is considered at least (if not more) as beneficial as running. Studies have linked both physical activities to lower risks of age-related cataracts, and lower blood pressure, unhealthy cholesterol levels, diabetes and heart disease than sedentary populations. Interestingly, the reduction in the risk of heart disease was even greater for walkers than runners, when energy expenditure per day was equal (though authors acknowledge that it’s unlikely that most walkers expend the same amount of energy as runners in a given day.)

Finally, one point that the article raised was that people beginning a walking routine are often less healthy than those starting a running routine, so the potential for health improvement is greater, and authors conclude that walking or running is preferable to doing nothing.