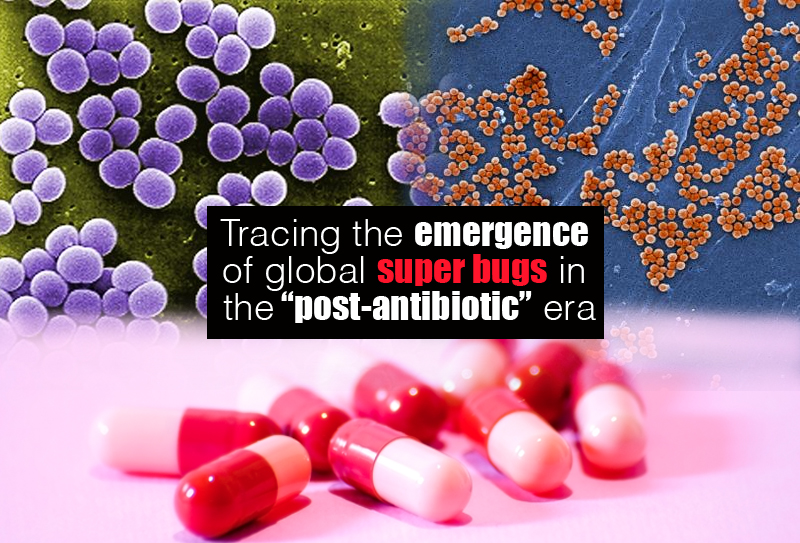 The PBS Frontline Documentary “Hunting the Nightmare Bacteria” investigates the global emergence of drug-resistant superbugs, which infect at least 2 million people a year and kill as many as 23,000 of those infected.

The documentary investigates several case studies related to the issue, including the story of 11-year-old Addie Rerecich. Doctors hypothesize that she contracted a staph infection after scratching and opening a very minor wound. She then developed pneumonia, had to be put on a lung bypass machine, and then developed Stenotrophomonas. This bacteria represents a “frightening new face of antibiotic resistance, a group of bacterial called Gram-negatives” that are very difficult to kill.

A double lung transplant seemed like her only hope for survival, but for a while, she was to sick to even consider the procedure; doctors estimated her survival rate as close to zero. Eventually she did, however, get the transplant, and the scratching of that scab ultimately resulted in two new lungs due to the superbug.

The documentary also shares the story of 19-year-old David Ricci, who was on the front lines of the NDM-1 superbug crisis while serving as a missionary in New Delhi, India. He went to a hospital for emergency treatment for a serious accident-related injury, which resulted in multiple surgeries and an amputation.

Along the way, Ricci developed NDM-1, which is not a bacteria itself, but a resistance gene that turns bacteria into superbugs, and can jump from bacteria to bacteria, “making treatable infections suddenly untreatable.” Ricci brought NDM-1 into the United States.

The documentary also chronicles a major KPC outbreak at the Clinical Center at the National Institutes of Health, providing a disturbing case study in how these superbugs spread throughout a hospital, including through the use of silent carriers. For instance, the bacteria has the capacity to live in the stomach of patients without causing infection, a stage in the transmission process that’s difficult to trace.

In a more detailed interview, Dr. Brad Spellberg, an infectious disease specialist interviewed for the documentary, explained how antibiotics revolutionized medicine, allowing doctors for the first time to actually treat and change the course of patients’ illnesses via new, complicated surgeries, cancer chemotherapy, premature neonates, and other procedures.

He also explains that antibiotic resistance has been with us for millions, if not billions of years. Thus, we are not creating the resistance, but we aid it by the creation of man-made antibiotics being introduced into the environment. Describing it as “simple Darwinian natural selection,” he explains that the more antibiotics we use, the faster resistance spreads.

He explains his own shock at the fact that in the 21st century we could run out of drugs, explaining that this resistant bacteria “sets medicine back 80 years.”

As Dr. Arjun Srinivasan, associate director for the Centers for Disease Control, says, it is no longer a question, but a fact: we have entered “a post-antibiotic era,” an era that people have speculated about and feared for a long time. “We’re here,” he explains. “There are patients for whom we have no therapy, and we are literally in a position of having a patient in a bed who has an infection, something that five years ago even we could have treated, but now we can't.”